5 Singapore Local Foods With Carnation Milk You Will Love

Where To Eat In Singapore

9 Sculptures in Singapore by Local Artists

9 Sculptures in Singapore by Local Artists

Do you like to admire art? Go on a stroll and admire these 9 sculptures done by local talents in Singapore that add history and beauty to the streets.

We present you with 9 sculptures scattered over the island that reflect the country’s history, its present artists, and an insight into the city’s future.

The Grandfather of Singapore Sculpture, Ng Eng Teng (1934-2001), produced three pieces of Mother and Child which reflect the tender love he experienced from his mother. This sculpture, located at Tampines Central Park, depicts a caring mother carrying a cheerful and secure baby. One of Dr Ng’s Mother and Child sculptures was originally located outside Far East Shopping Centre in 1980, but has since moved to Orchard Parade Hotel. It was one of the iconic installations at Orchard Road in the eighties. 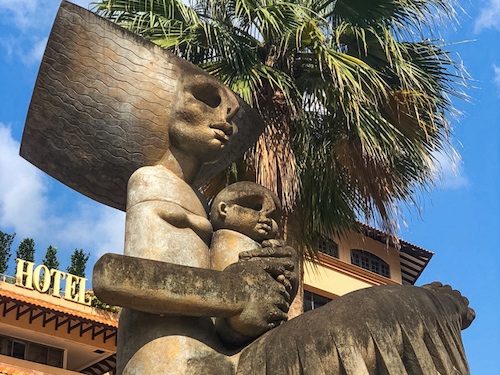 The water channels of Fullerton functioned more than a merchant and trade port – it was where the children played and grew up. Here, Chong Fah Cheong depicts this joyful innocence in these five sculptures. 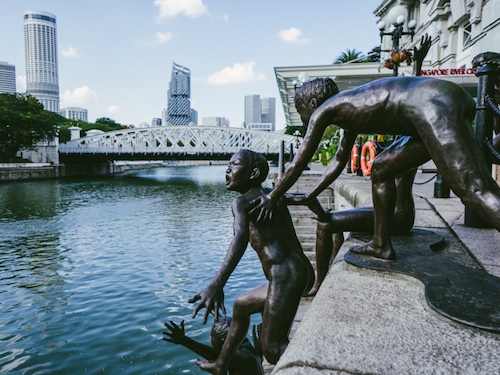 Taiwan-born sculptor Chern settled in Singapore from 1980. Here, he depicts a typical day in early Singapore, where it was common for the locals to fish by the Singapore River and where people lived simple and full lives.

In front of The Riverwalk
Address: 20 Upper Circular Road, Singapore 058416 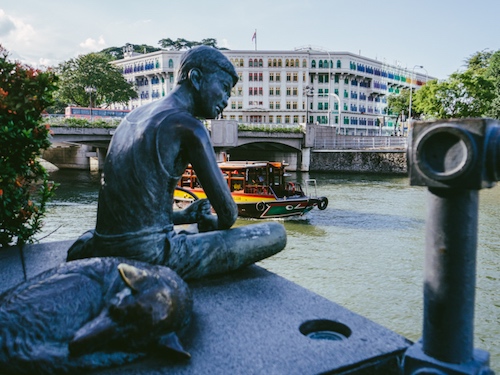 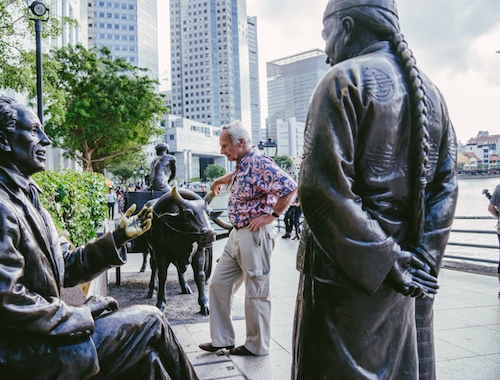 Interestingly, this set of sculptures represents the beginnings of Singapore’s early financial services to present-day bankers. One can hope that their garments easily give the plot away!

Chettiers from South India had run majority of the moneylending services, with Chinese clerks in charge of most of the clearing houses then. Fast forward to today’s modern banking environment, represented by a female trader either gesturing hello…or making a trade. 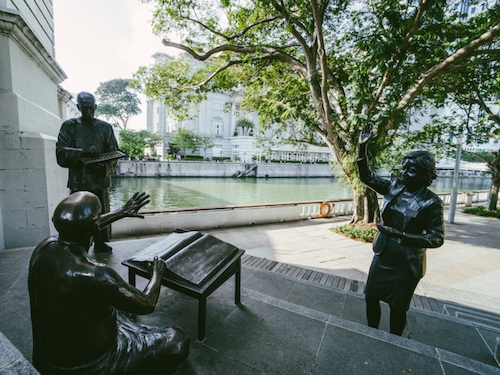 Here, Koh showcases a scene of his experience from memory – an everyday scene along the Singapore River where a group of traders are negotiating the price of a sack of cinnamon. 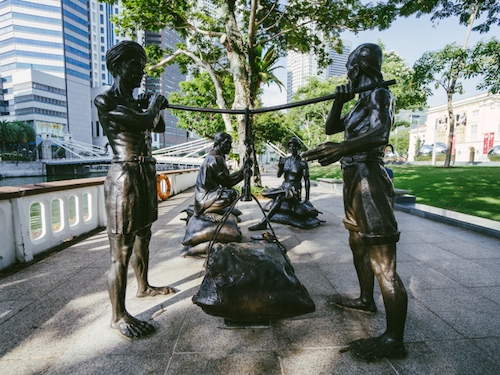 The Happy Family of Five symbolises The Esplanade’s Forecourt Garden as a joyous place for families and friends to gather and enjoy the city. It was commissioned in 2012 in conjunction with The Esplanade’s 10th Anniversary celebrations. 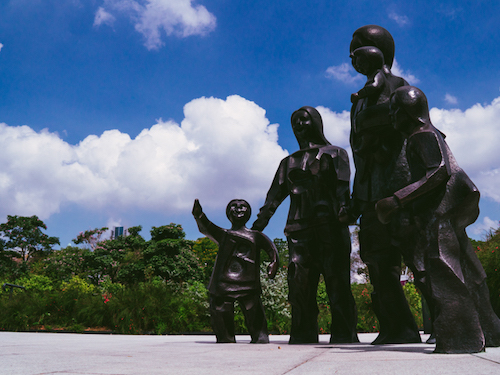 In the 19th Century, Telok Ayer was an ethnic district of Chinese immigrants. Here, Lim depicts a Chinese family participating in a lively street festival and procession for the Mid-Autumn Festival, where they are carrying lanterns and flags as part of the festive cheer. 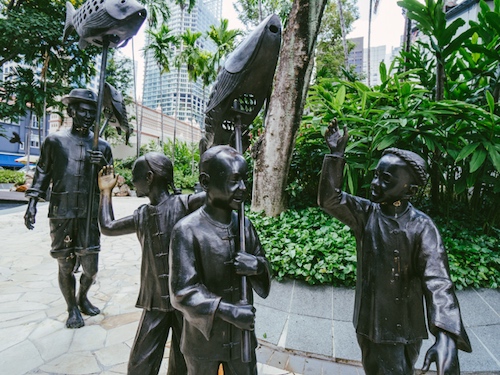 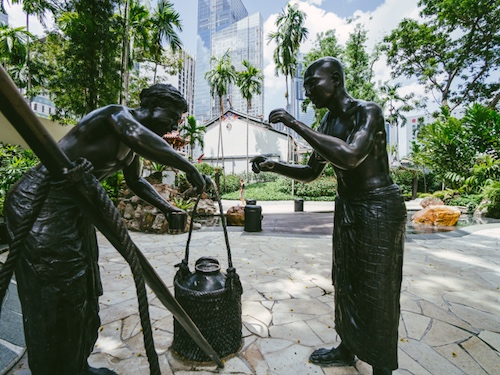