5 Singapore Local Foods With Carnation Milk You Will Love

Where To Eat In Singapore

Kampong glam, despite its name, is abundant with cafes, shops and historical attractions. Bring your cameras and snap away at these instagrammable places.

Kampong Glam is an alternative anomaly. Instead of the air-conditioned, high-rise, designer brand decked malls associated with Singapore, Kampong Glam is a rebellious, ethnic-explosion of textures, smells, sounds, sights, and tastes. Probably Singapore’s very first boho district, Kampong Glam is home to local designers, artists, musicians, and its pioneer hipsters. Just a 10 minute walk from Bugis MRT station, Haji Lane - the district’s most famous lane - is an ethnic enclave, an underground shopping street and an undiscovered bar haven. Expect an eclectic mix of heritage stores and indie boutiques selling all sorts of stuff, from traditional textiles and new-age accessories to local craft. Perhaps best of all is that this district sells the rich tapestry of Singapore.

Wander through back alleys and along five-foot ways. Start from the shops around its biggest landmark, Sultan Mosque, and work your way into the narrow alleyways full of surprises and curious finds.

Prior to being named Singapore, the island was known as Temasek. Sultan Hussain Shah, then ruler of Temasek, proposed to build a mosque in 1824. In 1975, this mosque, the Masjid Sultan (also known as the Sultan Mosque) was declared a preserved historical building under Singapore’s Preservation of Monuments Board Act. 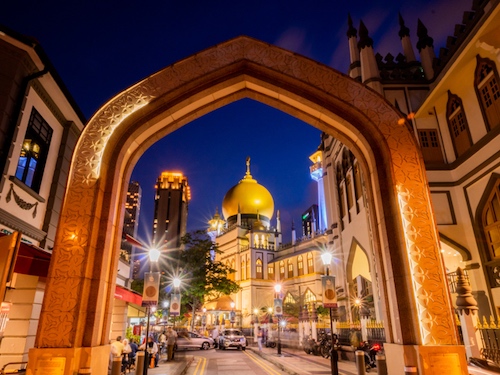 Despite Singapore’s notorious reputation for its law against vandalism, it isn’t as adverse to street art as one thinks! These pictures present a snippet of some of the street art in this vibrant neighbourhood. 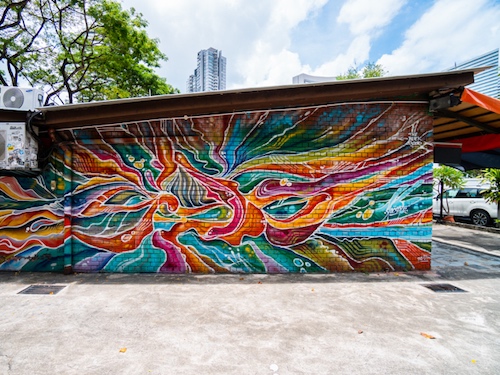 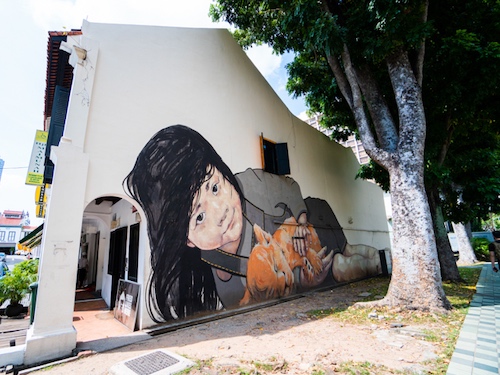 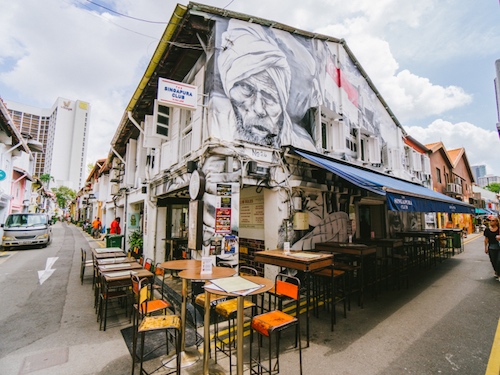 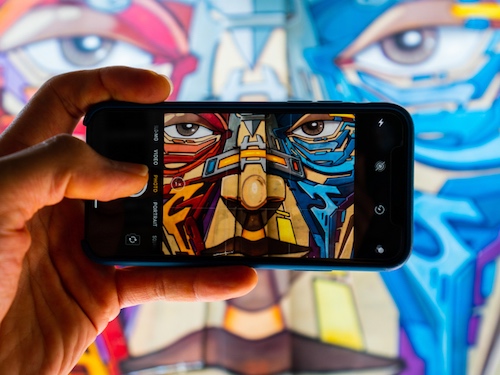 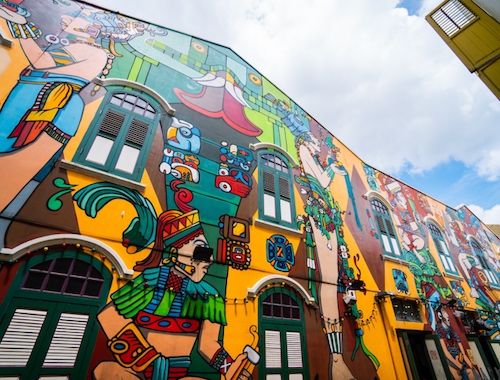 Another piece of history sits on 85 Sultan Gate. The Malay Heritage Centre was once known as Istana Kampong Glam, the royal seat of the Malay sultans in Singapore. It was built 160 years ago by Sultan Ali, the son of Sultan Hussein Shah.

Sultan Hussein Shah had signed the treaties with the British in 1819, resulting in Singapore’s colonization - carving its first steps towards modern Singapore.

To learn more about the heritage and culture of Singapore’s Malay community, a visit to the Malay Heritage Centre will provide an immersion through its museum and collection of artefacts and exhibits. 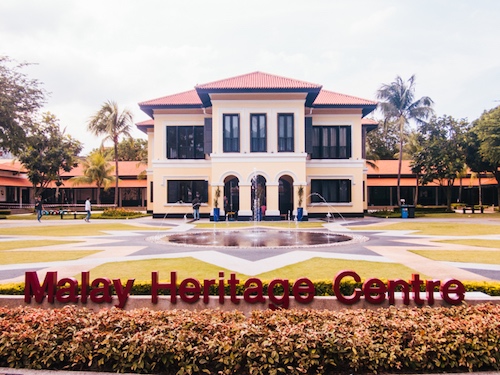 To get your shopping fix, streets and alleyways line Arab Street, Bussorah Street, Bali Lane and Haji Lane. The area is home to many unique street fashion and lifestyle boutiques. While you are there, you may want to browse some of the accessory and craft stores which stock loads of knick-knacks as well as beautiful lamps. 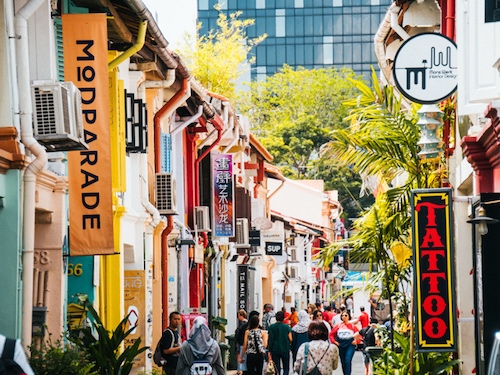 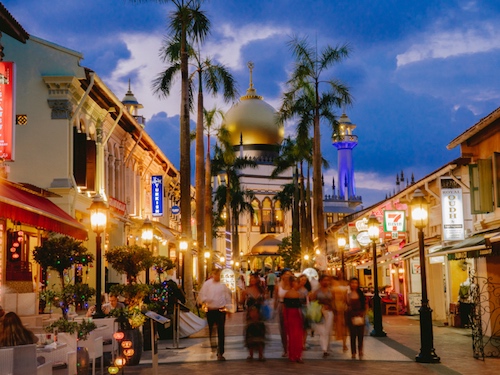